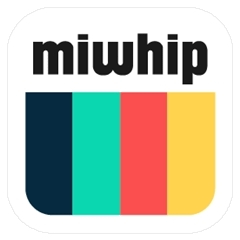 Uber is not a poor company. It paid its top five executives $143 million in compensation last year, including $45 million to its CEO.

So why are Uber drivers struggling to put food on the table?

Protests took place across multiple cities in the UK, US, Brazil and Australia ahead of the transportation giant’s flotation.

A co-ordinated shutdown of the app by the drivers intended to make the known that the so-called ride-hailing apps are struggling to make ends meet and also feel that they are grossly underpaid, often for working antisocial hours and at the mercy of these apps cut-off times.

The protests took place on 8th May 2019 ahead of the floatation.

miwhip intends to accommodate all driver’s feedback and concerns as part of a commitment to continuously learn, improve and incorporate a service that has been built by Londoners with Londoners in mind.

In London, the strike was co-ordinated across London, Nottingham and Glasgow by the Independent Workers of Great Britain union (IWGB) and included demands that fares be increased from £1.25 to £2 per mile as well as a cut in the paid up commission towards Uber from 25% to 15%.

In the USA, protests spanned 10 cities, including Chicago, Boston, Los Angeles, New York , San Francisco and Washington DC and protesters were joined by drivers from Lyft.

This follows on from a unionised protest of taxi cabs in Buenos Aires on April 11. In addition, Uber faces regulatory contestation in Chile.

Full news of the UK co-ordinated strike and demands made by drivers can be viewed at the IWGB, where readers can also find campaigns regarding.

‘Billions to bosses, poverty for drivers’.

Exclusive: Harry Kane on the final and his Spurs ‘family’

One-nation Champions League finals – how many do you remember?